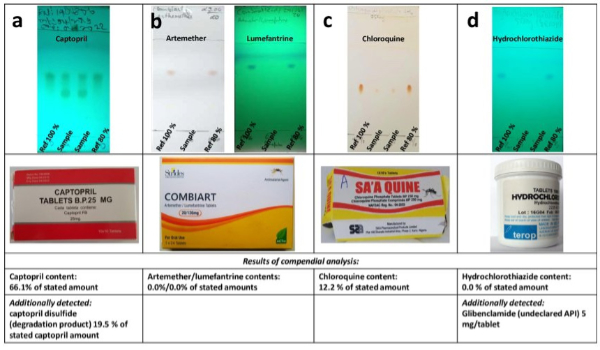 In the past two years, the Minilab was put through its paces by 16 faith-based drug supply organisations in 13 low- and middle-income countries, mostly in Africa. Drug quality testing with the GPHF-Minilab proved to be a reliable and cost-effective contribution to the global surveillance of substandard and falsified medical products. With the help of the Minilab, the quality of almost 2000 drug samples was checked during the study. About 2% of the samples were found not to contain the declared active pharmaceutical ingredient (API) or to contain less than 50% of the declared API and were therefore considered falsified products. About 3% of the samples were found to be substandard. This work triggered four international World Health Organisation (WHO) warnings on falsified and substandard medicines, followed by several national warnings. The original paper "Surveillance for substandard and falsified medicines by local faith based organizations in 13 low and middle income countries using the GPHF Minilab" was published in Nature Scientific Reports and can be visited at https://tinyurl.com/2bs46cvd.